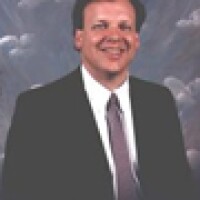 Thurston is the President of HR Consulting Group, a top 25 HR\/Benefits consulting firm according to Employee Benefit News. He has spoken at more\r\nthan 200 conferences on HSAs, Benefits and Human Resources.Since 1981 he has been heavily involved with human resources and employee benefits. He designed and implemented some of the first 401k and Section 125 benefits plans in the United States. In 1983 he designed one of the first PC based administration systems for benefits. He was part of a task force to implement 401k and new benefits for IBM and was the national Vice President for James Benefits- the third largest consulting firm in the world. He was\r\nresponsible for consulting and implementation of all areas of HR\/Benefits for all 45 offices nationwide.He has helped create some of the best selling HSA\/HRA software, HRIS systems, Section 125, medical claims, Benefits Statements, Voice response, KIOSK, Call Center and now Internet self service software. He has published over 3 books, 4 videos, 20 cassette tapes, and numerous articles in national and international publications.Some of his national clients that he has done consulting to are Axa\/Equitable Life, Pan American Life, Capitol Bankers Life, Maine Fidelity Life, Capitol American Life, Florida Combined Life, CUNA Mutual, IBM, Walmart, Frito-Lay, etc..